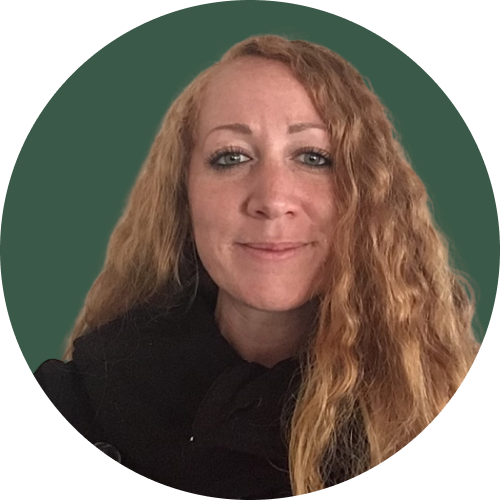 Meredith Armstrong - Academic Researcher and Writer / Ph.D.
With a Ph.D. in education, Dr. Meredith is a research psychologist that works as an international academic research and writing consultant. She has completed a myriad of projects relating to developmental psychology, social inclusion and diversity. Additionally, her past work has displayed a deep interest in research that has the potential to create positive change by means of practical psychological intervention. 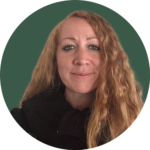 With a Ph.D. in education, Dr. Meredith is a research psychologist that works as an international academic research and writing consultant. She has completed a myriad of projects relating to developmental psychology, social inclusion and diversity. Additionally, her past work has displayed a deep interest in research that has the potential to create positive change by means of practical psychological intervention.

This author does not have any more posts.

The Weight of Statistics

On a global scale, the concern of obesity and a multitude of health issues connected to being overweight has increased so drastically over the past few years that it has been categorized as a pandemic. In an article published online by the World Health Organization (WHO) in June 2021, it was shared that in 2016 an astonishing 1.9 billion adults internationally were identified as being overweight, with 650 million being considered medically obese. Obesity has also been exposed as one of the leading risk factors related to premature death, which accounts for 2.8 million deaths per year worldwide.

According to a 2019 study published in the New England Journal of Medicine, it is projected that by 2030, almost 1 in 2 adults (48%) in the US will more than likely suffer from Obesity during the course of their lifespan. Currently, obesity has been presented as one of the leading causes of death as a result of the development and comorbidity with a host of conditions such as type 1 and type 2 diabetes, high blood pressure, high blood cholesterol, certain forms of cancer, chronic kidney disease, lung function, musculoskeletal disorders, and heart disease. Furthermore, obesity does not only present physical but also mental complications. Being overweight has the potential to initiate the onset of, or magnify already present mental risk factors such as depression, anxiety, various eating disorders, substance abuse, dementia, in addition to numerous sleep disorders.

The Role of Psychology in Initiating and Maintaining Weight Loss

Many people assume that the primary issues relating to weight gain and obesity are solely connected to factors such as caloric intake or diet, poor lifestyle choices, and low physical exercise. However, there is a growing body of scientific evidence which shows that issues connected to bodyweight can be heavily affected by one’s personal psychology. Some academic communities have even branded obesity as a neuropsychological disorder in recent years.  In this, numerous unseen mental barriers have the potential to influence one’s weight.

A branch of psychological treatment referred to as cognitive-behavioral therapy, examines the specific reasons behind why each individual acts or behaves in a certain manner. A common example of this could be during times of heightened levels of stress. Depending on previously developed psychological behavioral patterning, stress can set off a mental trigger, which can result in emotional eating and weight gain. Here, distinct patterns of thinking can either positively or negatively impact one’s attempts at weight reduction. This can quite often determine whether they will be successful in attaining and maintaining their weight loss goals or not.

As a result of obesity having such a high prevalence internationally, there have been a considerable number of scientific studies aimed towards testing and examining the effectiveness of different approaches to developing weight reduction programs. This has allowed for deeper insight into methods that aim to achieve sustainable weight loss by incorporating a psychological component. Here, CBT has exhibited numerous and repeated positive outcomes when used within the context of weight loss. This has been associated with both initiating and maintaining weight loss on a long-term basis. Furthermore, it has also been noted as being successful in various contexts of weight loss where ill health – either physical or mental – afflicts the same individual.

There are numerous studies that have been conducted over the past few years that have exhibited the benefits of including CBT within assorted versions of weight loss programs. One such study published in the International Journal of Women’s Health in 2012 conducted tests over a period of 26 weeks on midlife women to determine the effectiveness of cognitive-behavioral therapy in comparison to a more standard weight loss program. This study also took the psychological state of each participant into account at the start of the trial and reassessed this for each participant after the 26-week period. The first group was provided individual CBT once a week for a period of 60 mins. The second group employed a more standard version of a weight reduction program, without CBT. The outcome of the study showed that the group which has been provided CBT had lost more weight than the control group that had not. The first group also noted an improvement in their general quality of life.

It is evident that one of the most onerous aspects of weight loss is ensuring that one is able to maintain their goal weight once it has been achieved. CBT has been proven as a highly successful therapy for not only initiating weight loss but also maintaining one’s goal weight on a long-term basis. In a study published in the European Journal of Clinical Nutrition in 2019, it was found that the inclusion of CBT in conjunction with a standard weight loss maintenance program proved highly successful. By means of a randomized controlled trial, the first group of women incorporated  CBT strategies into their maintenance program, whereas the second group did not. After undergoing a 24-week weight-maintenance intervention, the results showed that women who included CBT in their program lost a further 1.28kgs in comparison to those who did not. In fact, the group that did not include CBT in their program gained 0.62kg over the course of the study.

Get Lasta for free

For some, losing weight can be considered a risky or complex endeavor as a result of suffering from a physical or mental ailment. In such cases, it is essential that the process of weight loss is carefully monitored and supported to ensure that the aim of weight loss does not cause mental or physical deterioration of the individual’s previously diagnosed condition. Hence, numerous studies have assessed the usefulness and safety of incorporating CBT into a medically monitored weight loss regime. CBT has been examined in several clinical trials as an effective partner for weight reduction intervention programs for those suffering from morbid obesity, polycystic ovary syndrome, breast cancer survivors, binge-eating disorder, bulimia nervosa, depression, and posttraumatic stress disorder.

The main drawback of including CBT within one’s weight reduction program would quite obviously be the cost connected to weekly sessions with a cognitive-behavioral psychologist specializing in weight loss. However, a systematic review on the subject of CBT and weight reduction has shown that direct access to this form of mental health practitioner is not as much of a necessity as it may initially seem. On an international scale, many people have found that the inclusion of a CBT weight loss application has been just as effective for initial as well as long-term weight loss. This has allowed for a higher level of the general population to access potentially life-saving weight loss support. This approach to weight reduction has broadened the scope for research, presenting the wide array of physiological, psychological, and social benefits of an application that incorporates CBT to target long-term weight loss.

Researches
23 Jan 2023
The Importance of Mental Health and the Benefits…
Why Mental Health Is Important? Mental wellness is equally important as physical wellness. This is a well-known…
Read more
Leave a comment Cancel reply